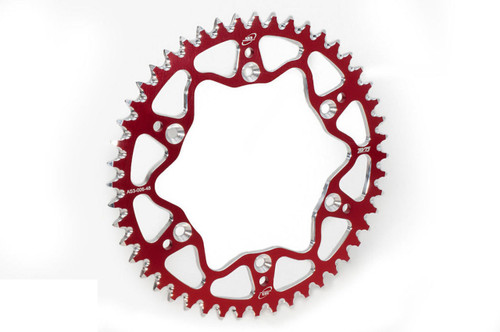 AS3 Performance 7075 aluminium rear sprockets are designed and manufactured for AS3 by one of the world's leading sprocket manufacturers and have been tried and tested by some of the best riders on some of the toughest tracks in the world. They are a lightweight, durable rear sprocket and are CNC machined from high quality 7075-T6 aluminium. The sprockets feature self-cleaning grooves between each tooth and have a smooth anodised finish with AS3 Performance branding.