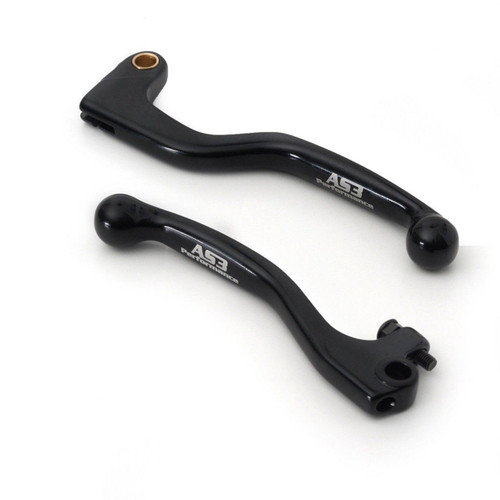 AS3 Performance front brake and clutch levers are direct replacements for the OEM levers. They are also cold forged which allows the levers to bend on impact rather than snapping like most OEM cast levers would. The levers are anodised in black and feature AS3 Performance branding.