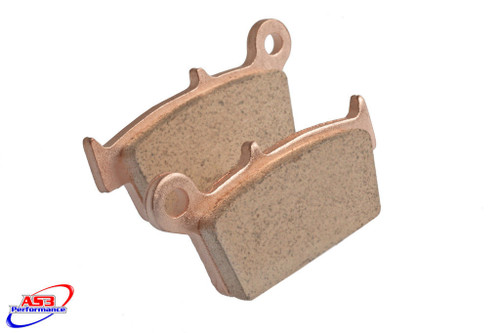 AS3 Performance brake pads are designed and manufactured for AS3 Performance by one of the world's leading brake pad manufacturers, they have been tried and tested by some of the world's top riders and helped them to numerous titles and championships. AS3 brake pads are designed to improve the feel and stopping power over the OEM pads and have a high resistance to heat and brake fade.

AS3 Performance Racing Series brake pads are specifically designed for use in wet/muddy conditions and on slower sand tracks.