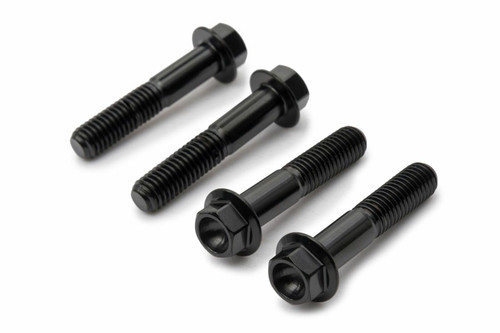 AS3 Performance stainless steel bolts are one of the best quality stainless motorsport bolts on the market, they are manufactured for AS3 Performance by one of the world's leading motorsport bolt manufacturers that have been supplying some of the top teams in MXGP, MotoGP and World Superbikes for many years. The bolts are machined from high quality A316 grade stainless steel then highly polished for a smooth finish and treated with a black DLC coating which not only looks great but also helps prevent rusting and corrosion.